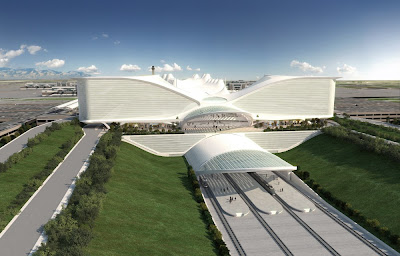 It was with much enthusiasm that Denver International Airport officials announced Santiago Calatrava as the architect for the new $650 million expansion that included a hotel, public plaza, and commuter-rail station. However, Calatrava is now withdrawing himself from the project only a year later. Numerous concerns have been cited as the reason for his departure including “financial constraints, unnecessary time delays, and deep divisions” between his design team, DIA, and Parsons International Group as quoted by his wife and business manager Robertina in a letter to DIA manager Kim Day. 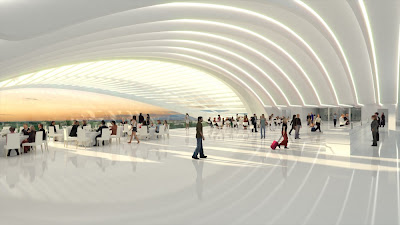 As with many public projects, cutbacks made their way into the equation, with the overall budget being reduced $150 million from the original in February. The 500 room signature hotel was reduced by one floor, including the scaling back of numerous design elements. Calatrava’s commuter-rail suspension bridge was also downsized from $60 million to $22 million before finally losing all funding.

Robertina Calatrava also mentions in the letter that “The project still lacks sufficient funding … [and] it continues to set an unrealistic schedule with little or no room to develop and consolidate the design in keeping with the standards and quality of a Calatrava signature design.” 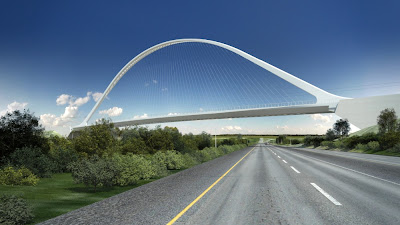 However, the expansion project is still pressing forward on schedule and on budget – albeit significantly reduced. Calatrava and DIA are parting ways amicably (Calatrava’s firm was paid $13 million for their design services), with the remainder of production being handled by architects of record Anderson Mason Dale Architects and Gensler.  In a recent statement Calatrava notes that “from the beginning, we have had the project’s best interests at heart, and although we have decided to part ways, I wish DIA all the best with the South Terminal Redevelopment Program and its future success.” 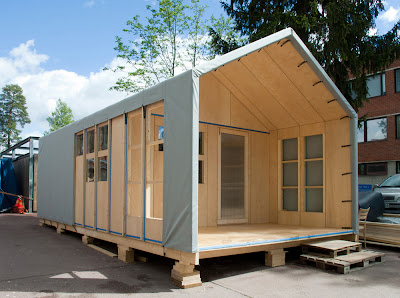 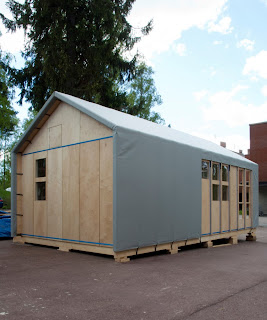 The number of refugees worldwide is expected to grow to over a billion by 2050. The Liina transitional shelter is a temporary building to be used in cold climates during crisis situations anywhere around the world. Designed and built entirely by the students of the Wood Program at Aalto University, Liina is made of mostly Finnish wood and wood-based materials, making it not only an elegant and dignified but also a sustainable solution to this global problem. 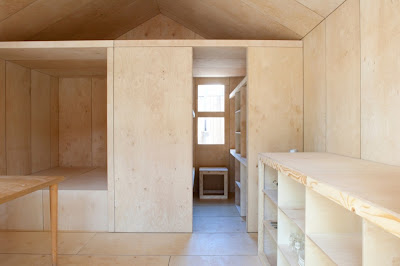 As a transitional shelter it is intended to be a secondary response after a crisis. The shelter can be assembled by two adults in six hours with only common tools and a cartoon diagram. It is designed to house a family of five for up to five years during the post-disaster reconstruction phase and then can be upgraded, relocated, resold or recycled. The interior area is 18 sqm, designed to comply with the accepted standard of 3.5 sqm per inhabitant in refugee housing. The interior contains two semi-private sleeping spaces, a galley kitchen and dual purpose eating/living/workspace. A loft over the sleeping areas can be used as additional sleeping area and storage. There is an additional seven square meters of covered exterior space meant to serve multiple functions for the inhabitants during their occupancy period. 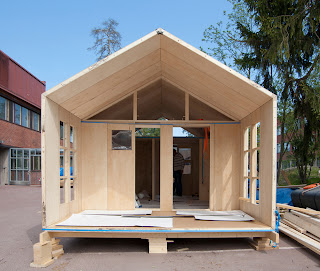 The Liina concept is based on a series of prefabricated sandwich panels that can be easily transported and assembled, and can be flatpacked into a small space. Each panel is 600 mm wide (half the dimension of a piece of plywood) to cut down on waste and to be easily carried by one adult. Six panels are joined together with simple, repeated wooden-dowelled joints to form a frame and tightened using nylon straps (‘liina’ in Finnish), like those used for the transportation of cargo. The strap creates air-tight joints without any metal fasteners or the use of electric-powered tools on-site. The frame is then tilted up and stacked one-by-one with the other frames and tied together with 3 straps. Finally, the building is protected from water and UV damage with a tent-like canopy. The modularity of the design makes it possible to add or subtract frames in order to increase or decrease the size of the shelter to accommodate the needs of the inhabitants. The plan of the shelter was designed to provide varying degrees of privacy and spaces for daytime and nighttime activities. 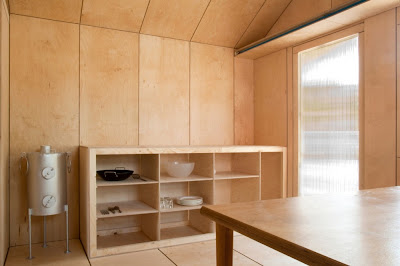 Other parameters for the design were the size and weight of the panels, ease of assembly and reasonably good heat insulation. The result is a low-tech solution of plywood and LVL (laminated veneer lumber) panels with wood-fiber insulation. Following an ideas competition last autumn, thirteen Wood Program students from ten countries developed the shelter by constructing full-size models of the building and carrying out structural tests, such as earthquake and wind-tunnel tests, in conjunction with a team of engineering students. 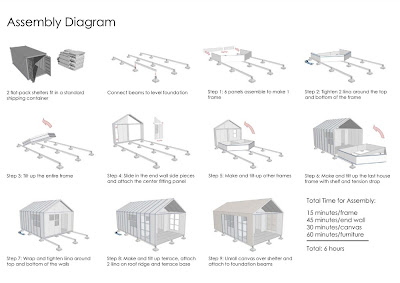 Liina is designed for the prevailing climate in the Ararat region of Turkey, chosen for its continental climate and history of refugees and displaced people due to disasters such as earthquakes, drought, and political turmoil. However Liina’s design can easily be adapted to a variety of cultural needs and environmental situations. A prototype of the shelter was assembled in Helsinki’s Railway Square during the World Village Festival in May 2011. 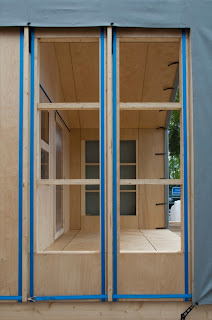 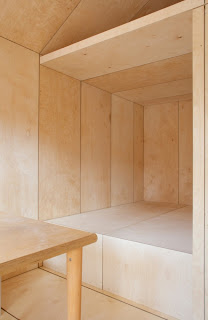 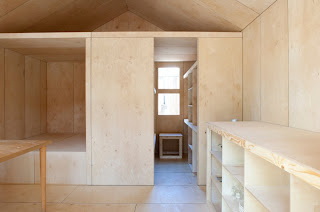 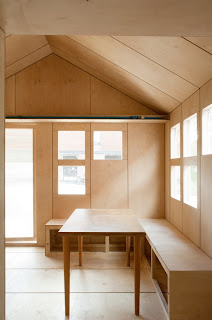 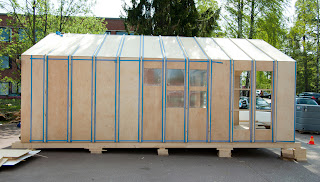 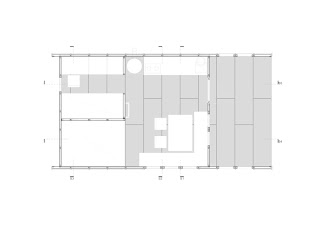 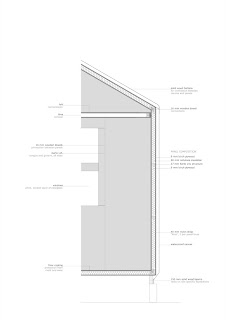 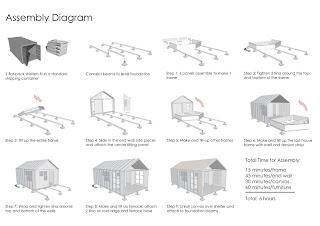 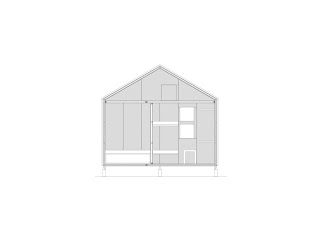 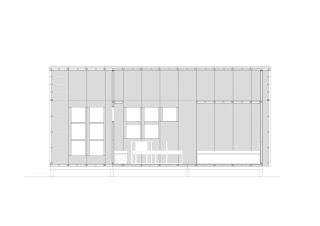 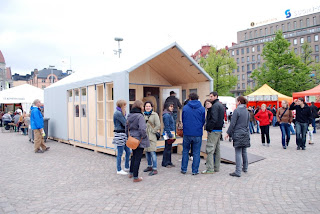