Located in the middle of an urban complex composed mainly of high-rise office blocks and housing, it will also be visible because of its roof, a fundamental feature of the project onto which the openings of neighbouring buildings face.

Mikou Design Studio designed this amenity to consume zero energy in order to be emblematic of the sustainable development of the Zac des Docks project and to be a strong architectural landmark in its neighbourhood, which is exemplary by its choice of siting, by the interior comfort provided for the children – particularly in the design of the school playgrounds and gardens – and by the treatment of the areas of photovoltaic panels, which are integrated into the architecture and are visible from the main street, giving the school a strong educational identity.

The building’s siting facilitated south-facing orientation of all the classrooms and playgrounds in order to make the greatest possible use of passive solar energy. This spatial disposition also made it possible to increase the surface areas on the south required for the photovoltaic panels which were integrated into the architecture of the covered playground areas.

Therefore the scheme is in the form of a mass built in stepped tiers on the east, on the main street, which is extended by large canopies and which folds in crosswise strips on the site’s diagonal to face southwards.

These stepped crosswise strips are separated by internal gardens which open wide east-west transparent views into the school while allowing clear identification of the various teaching areas open to the light and to the peace and quiet on sheltered internal patios.

Facing southwards, the school is arranged in a succession of gardens and volumes in brightly-lit terraces which gradually descend to free the view and to let in maximum sunshine. 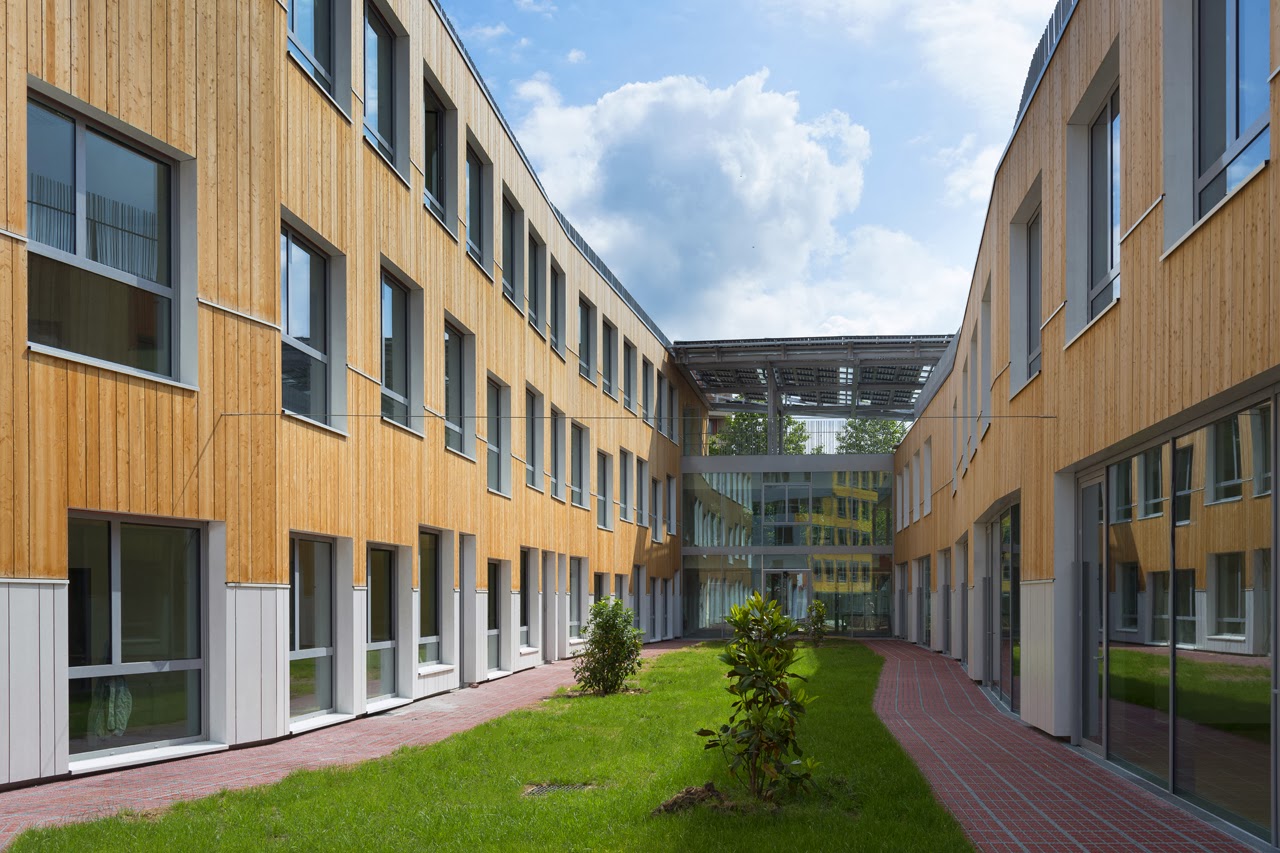