Clive Wilkinson's office for digital marketing agency The Barbarian Group, which won the Office category at Inside Festival 2014, features a large resin-coated white desk that snakes through the centre of the space in one continuos undulating loop.

"This project is one huge table going through a big room," says Wilkinson in the movie.

The desk rises and falls as it flows through the office to provide circulation space underneath it at key points.

"We didn't want to break this table because we believed that it was almost like an electrical wire connecting everyone together and the client had really responded to this notion," Wilkinson explains. "We looked at the paths people would take if there was nothing getting in their way and designed the table to move up and over these paths."

Benches and tables built underneath the elevated sections of the table provide more informal working spaces.

Related story: Studio MK27's "bookstore of the 21st century" was designed as a social meeting place

"These grottos that were created gave us a massive opportunity to leverage these spaces as little break out areas," Wilkinson says.

Private meeting rooms and editing suites were built around the perimeter of the space to leave the central area free for the table.

"We pulled out all of the offices and rooms down the centre of the spine and created this one large space," says Wilkinson. "Then we repurposed all the rooms on the two sides in order to have the enclosed meeting rooms and edit suites and all those kind of things."

The design was only possible because of the drastically reduced need for paper storage, Wilkinson says.

"Part of the conceptualisation of this project was a belief that we'd totally moved away from a paper-based vehicle for the economy into a digital realm," says Wilkinson. "That meant that all of the paraphernalia that goes with a traditional office could be thrown out the window. The only thing you really need was a place to put your laptop and other devices and then connection to your community."

Related story: "Google was cubicle land when we started designing offices for them"

He adds: "We think that it's actually a very sensible reaction to a new set of circumstances and we seriously believe that in the year 2030 this sort of thing will be really normal."

In addition to the table, another key area of the office is the bar.

"The heart of the company has to be a place and, of course, it's always the place where you can get refreshments and break away," Wilkinson says. "A coffee bar was the obvious solution. The client liked the idea that it could be more than a coffee bar, so it's shaped like a real bar and it functions as a real bar as well."

Inside Festival took place at Marina Bay Sands in Singapore from 1 to 3 October. Award entries for next year's festival are open from February 2015.

We'll be publishing interviews with all the category winners from this year's show over the coming weeks. You can watch all the movies below. 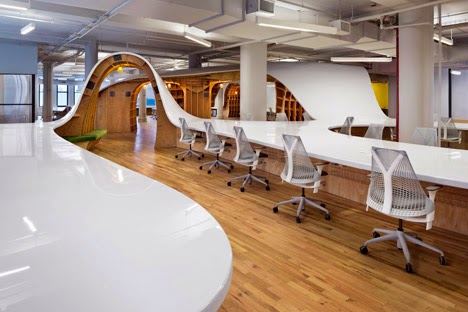 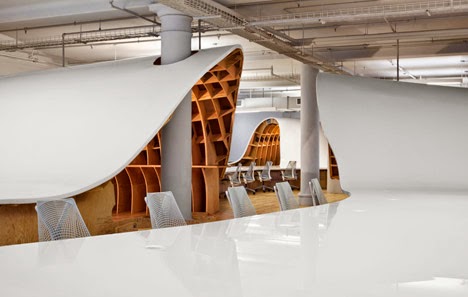 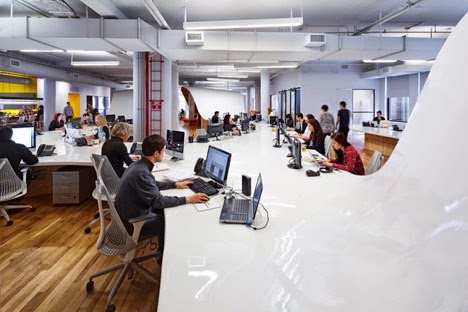 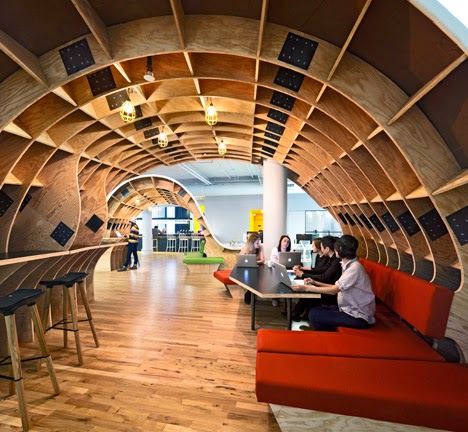 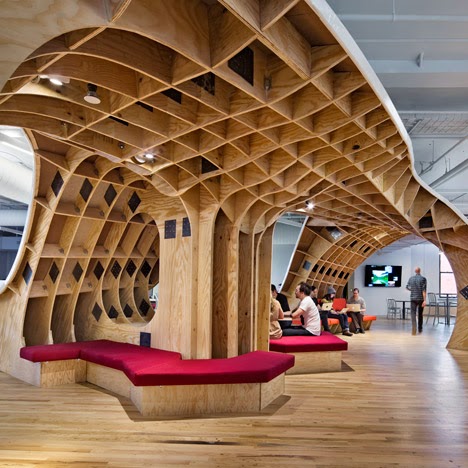 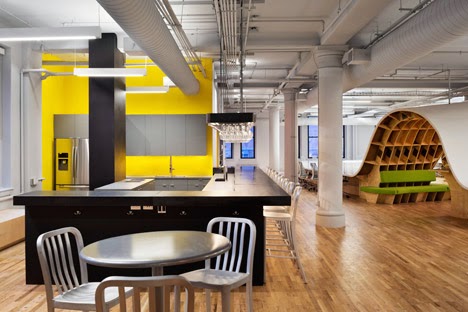 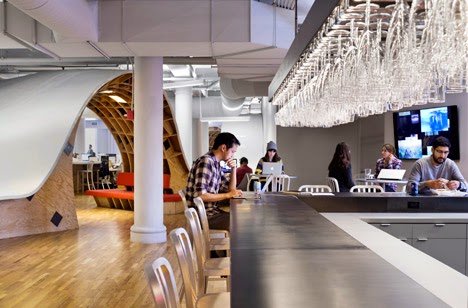