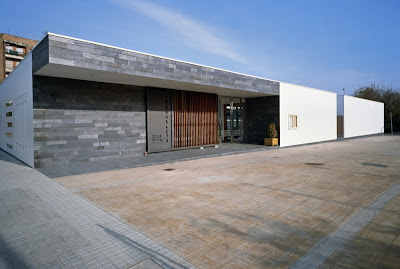 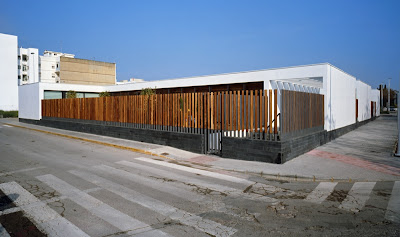 The plot for the new municipal nursery school of Moncada is located at the north of the town centre, in a newly developed area surrounded mainly by residential buildings. It has a surface area of 1 346 square meters, with a rectangular geometry and a slight inclination to the south. 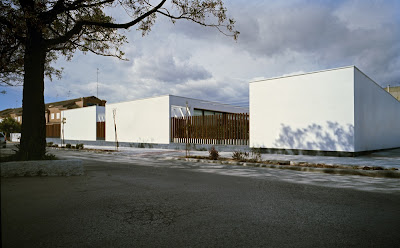 The building caters for eight classrooms with their own bathroom, one multifunctional classroom, a dining room, a kitchen, secretary room, a teachers room, auxiliary rooms and playgrounds. 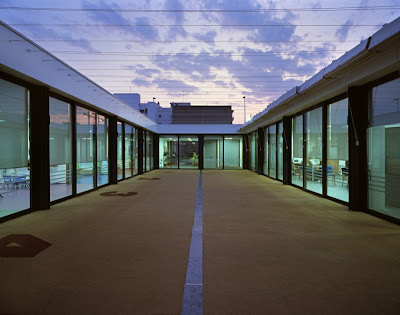 The initial idea is to project the building as a small house surrounding a small courtyard, where all the rooms face the courtyard, avoiding the external traffic noise around the building. The courtyard should be perceived as a continuation of the interior spaces and rooms, enhancing the connection between inside and outside. 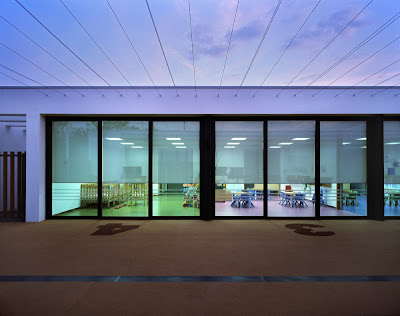 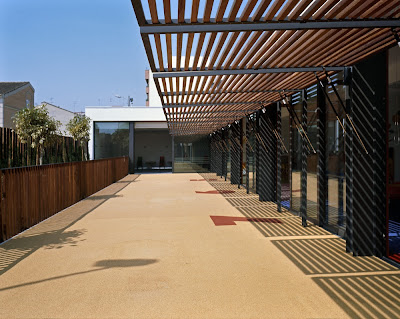 Courtesy of Antonio Altarriba Comes - Miguel Noguera Mayén
In the northern part of the building we will find the teachers area, with bathrooms for the employees and a teachers room, connected to a small rest room for the smallest children. This space is south facing, alongside the biggest courtyard, the north one. 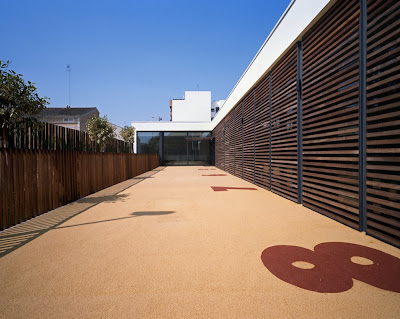 The entrance can be found in the west façade, along a pedestrian road, with a fall back of the initial line of edification leaving room for a covered outside area. Linked to the hallway is the secretary’s office, the north courtyard and the multifunctional classroom. 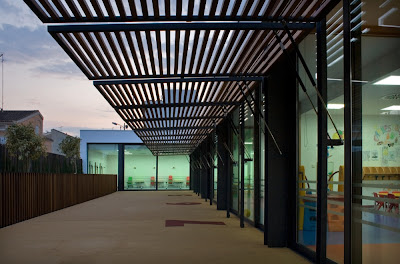 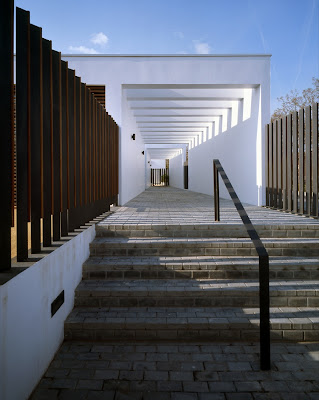 The two playgrounds (courtyards north and south) are connected by an external half-covered passage way, parallel to the east façade of the building which has a second entrance to the building, so families can pick up their children directly from the courtyards. 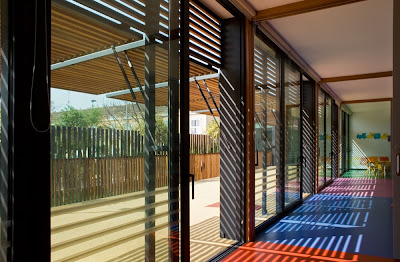 The playgrounds are protected from the sun by canopies that completely cover the outside areas. The outer class rooms are protected with wooden raising shutters. 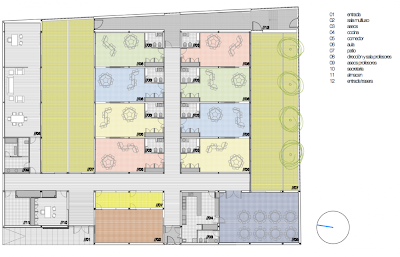 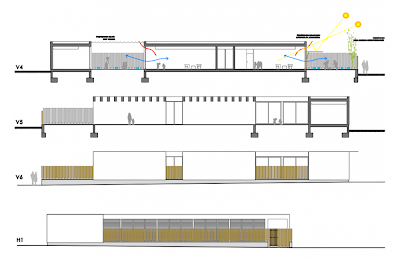 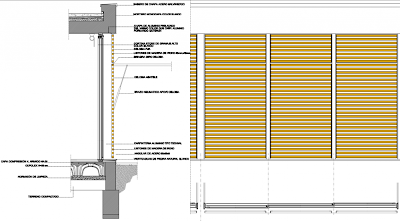 The external image of the building conveys an accurate reflection of the interior spaces. The external coating of the building is white mortar cement and a grey natural stone is used for the skirting board. The fence is made of vertical steel props covered with IPE wood.
http://www.archdaily.com/64187/nursery-school-%e2%80%9cla-rambleta%e2%80%9d-moncada-antonio-altarriba-comes-miguel-noguera-mayen/#more-64187
Publicado por ALBERTA NORWEG en 9:24