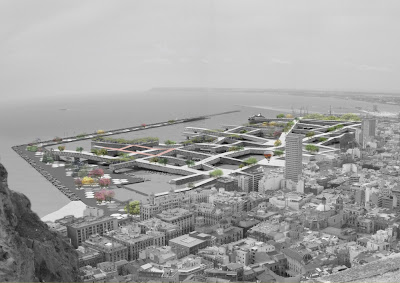 Courtesy of hiddenoffice
Hiddenoffice has submitted their proposal, HyperAlicante, for the Spainish coastal city of Alicante to us here at ArchDaily. Wildly ambitious in scale, see more of this design after the jump as well as a explanatory narrative by the architects. 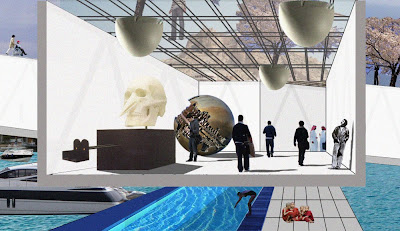 The economic development of Alicante which has led to a large building growth, without the mediation of a proper urban planning. Consequence of this is to the disappearance of his identity as a maritime city, public space, intended as a heart of relations of community life, a clear separation of the port and the rest of the city. 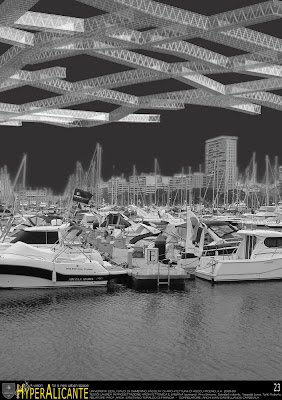 The strategy is born as a criticism of the lack of public spaces and the boundaries set by a succession of uncontrolled urban development, and the intention to refund those feelings and emotions that arise from the relationship with the sea, belonging to a city of Alicante. The idea focuses on the development of the confrontation between the old and new, with the intention to re-store the freedom that certain manifestations of generalized logic of profit tends to stifle development by building unplanned. Implementing an enhancement of the landscape that is realized through a model of stratification, thus keeping unchanged the sense of reality and the image of the place with which the project interacts. 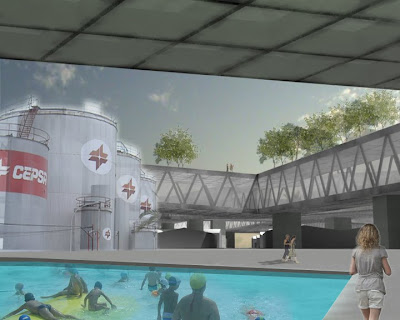 The intention is to establish an urban mixité who currently consists rather in an organization based on the strict division between public and private property. The intent is to re-activate objects architectural and urban systems without following a preexisting order, but trying to instituting a new relationship between the built and the time, continuously searching for new scenarios that are born, grow and change inside the processes of modification the society and its communication mechanisms. The relationship between infrastructure and the port wants to give meaning to both parties. 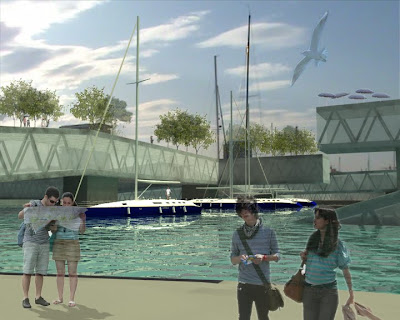 The intervention is formally and linguistically distinct from the place where it is engaged, but it bound by a state of necessity, as the soil and its significance, with the intention of returning to it all those characteristics that had made in the past center of social life. The concept originated from the desire to return to the city public spaces, working in reverse to the current urban design. From analysis of roads and squares have been carrying out a full reversal of the facts on the study of empty areas in front of the port area. 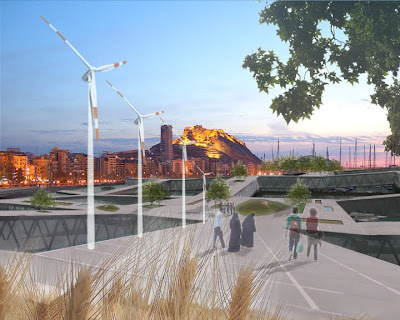 The result has been the idea of a grid, superimposed on the coast, virtually infinite, and no hierarchy of recognizable geometric constant hosted functions as a horizontal city, growing at a variable height above sea level, depending on the area and function with which it relates. Above is provided for a public space where you can give life to many different events, which just for its features of changeability and uncertainty, puts a strain on any notion of form expressed by the final arrangements, thus leaving room for more unimaginable and non-programmable tasks social. The structure that make up our project is a grid network that can be coated with various materials allowing variations and compositions ever changing, thanks to their modularity, and allow the integration of technologies for energy production is present, that in the future, thanks to freedom of composition which can propose such a solution. 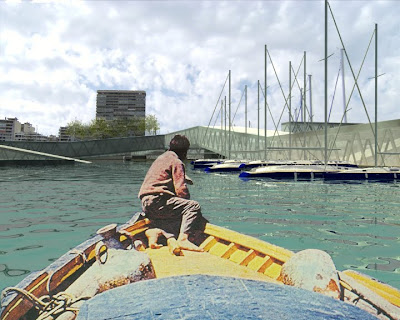 The whole structure is supported by pillars that serve at the same time supports and vertical links, linking functions that are inside, with what is above or below, therefore, assuming an attitude of close relationship to the existing, with which establishes a relationship of dependency and social space, but not functional without mediation of identity, in this manner freeing herself from the necessity of interpretation and updating of existing, and at the same time proposing a possible new model of urban growth. 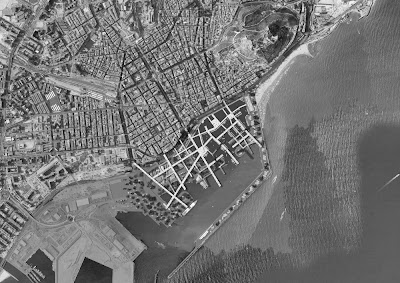 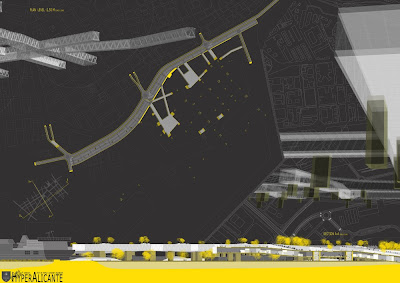 The program that controls the functions within the organization, wants to leave the maximum freedom of configuration according to those who are socioeconomic dynamics dictated by the market forces, such as a constantly evolving site, which is not defined by the architecture itself but from the composition within the structure. 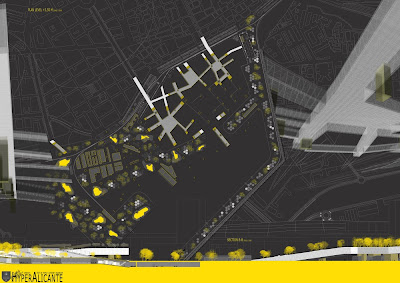 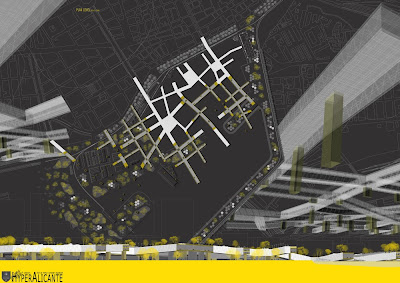 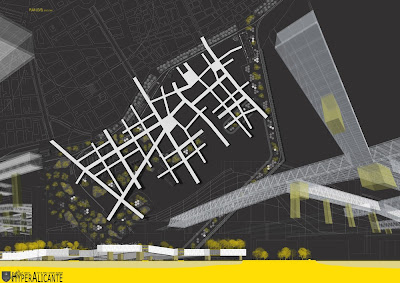 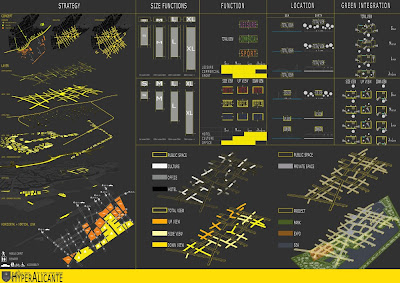 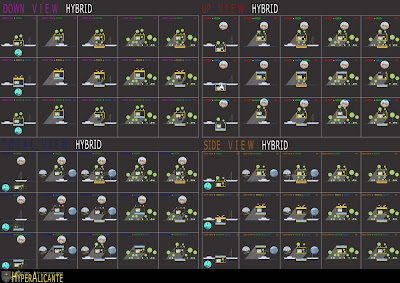 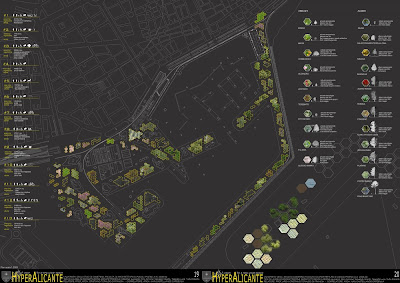 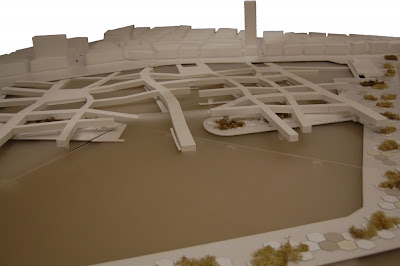