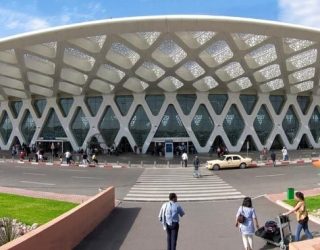 Long-established travel guidebook publishers Frommer's has issued data on what it considers the world's 10 best airport terminals. On the flipside, it also names the 10 worst and, as per US national USA Today, the ratings take into account 'cleanliness, services, on-time departures, navigation and the ease of getting to and from a city's center'.
On this basis, Saudi Arabia's Hajj Terminal, at King Abdulaziz International Airport, is judged the cleanest, slickest-running and most accessible airport terminal on Earth.
Constructed specifically for use by pilgrims flocking to the country to participate in Hajj - the Mecca pilgrimage - it features an iconic tent-shaped roof and can accommodate up to 80,000 passengers at any one time.

The full Frommer's list of the best airport terminals is as follows:

At the other end of the scale, Terminal 3 at New York's JFK is considered the world's worst and it's one of no less than four US airports represented in the worst airport terminals list. The same airport's Terminal 5 does make the top ten, but it's the only US airport facility in this position.
Now over 50 years old, JFK Airport's Terminal 3 is set to be knocked down in three years time within a programme that's seeing Terminal 4 being expanded. Originally constructed for the sole use of Pan American, it presently supports Delta Air Lines operations.
In the words of Frommer's, this terminal presents scenes of ‘endless immigration lines in a dank basement, an utter lack of food and shopping options, three crowded and confusing entry points, and hallways that could have been designed by M.C Escher for vomiting international travellers out onto an underground sidewalk with no cabs available'.
Frommer's ranks the world's 10 worst airport terminals as: