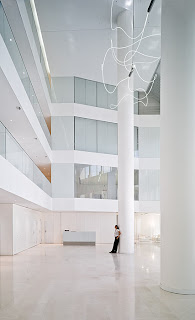 Garrigues, the law firm with the most tradition and prestige in Spain, has promoted during 2011 the move from it’s old headquarters in Seville to a new more emblematic location in the center of the city with the objective of renovating the image of it’s offices. 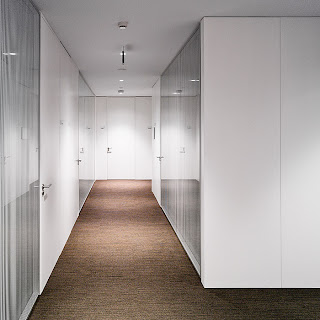 The building, situated in one of the principal accesses of the city, is located on the Avenida de la Palmera, a main artery designed with the Iberoamerican Expo of 1929 in mind, forming part of a complex of offices designed in the 80′s, and with approximate surface area of 6,000 sqm., and four stories tall, counts on four entrances, public areas, interior distribution and an image that were all inadequate for the current needs of the firm, in terms of function and distribution of space, requiring a reconditioning and addition of the latest building technologies, and an image in accordance with the professional profile of the work space. 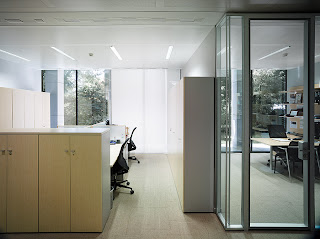 In this fashion EDDEA was tasked with the all inclusive turnkey project at a fixed price, with a limited time frame (Fast Track), including an audit of the building prior to the rehabilitation, drafting of the project, construction including installations, furnishings and integrated project management, right up to the final stages, legalization, and post construction maintenance management. 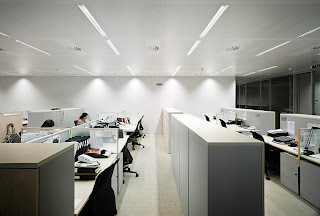 In terms of the design decisions, in dealing with an office building with a structure that was present both inside and out, the greatest difficulty of the job consisted in the elimination of those elements that impede a clear interpretation of both the access points, and communication between spaces. In this sense the work encompassing the atrium becomes one of the most important aspects of the rehabilitation, giving prominence to the space, the light and unification of colors and materials, so that through it’s sense of a scale we can clearly identify the companies signature. 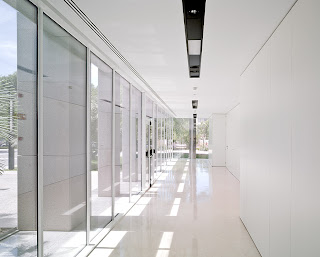 Lastly, the program was distributed, prioritizing the public use of the access floor, dedicating the greatest part of its space to reception, attention of clients, meeting rooms, and lecture halls. On the rest of the floors we find the work spaces, ordering the closed offices around the perimeter, along the length of the facades and leaving the central spaces for open work areas, support lounges, archives and communications. 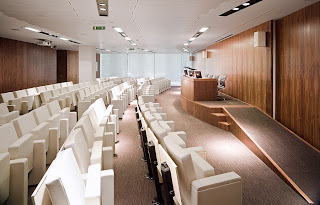